This is the image being sold to us.

Smiling faces sometimes pretend to be your friend

Smiling faces show no traces of the evil that lurks within

They don’t tell the truth

(Classic versions: The Temptations or The Undisputed Truth)

Now, dare we assay the outline of a history of this modern notion of Fun as an organizing principle in life? I doubt I’m going to be cool in doing so. But allow me to produce a few salient moments in such a account.

First of all obviously fun in the sense of a temporary enjoyable sensation has been around as long as human beings have laughed over spilled food or missteps into a stream. It may not have been called ‘fun’ in the modern sense of the word, but it was certainly funny. But the notion that life is fun, or that fun is what determines the validity of an event is a much more recent concept.

If we go back a ways to say the paintings of Dutchman Frans Hals, with his smiling figures and publican hominess we might confuse that joyful bonhomie with our modern notion of ‘Fun’. But it would certainly be a mistake. For one thing he certainly did many other paintings which were serious by any standard. Next it’s clear that the enjoyment in the twinkling eyes of a Hals subject was not meant to be taken as an eternal condition. Likewise in Bruegel’s dancing peasants and the like. Life during the Renaissance and Baroque Eras was seen as a fairly serious affair, but certainly tempered with joy and lots of dancing. Nothing could be further from the postmodern notion of life as Fun. 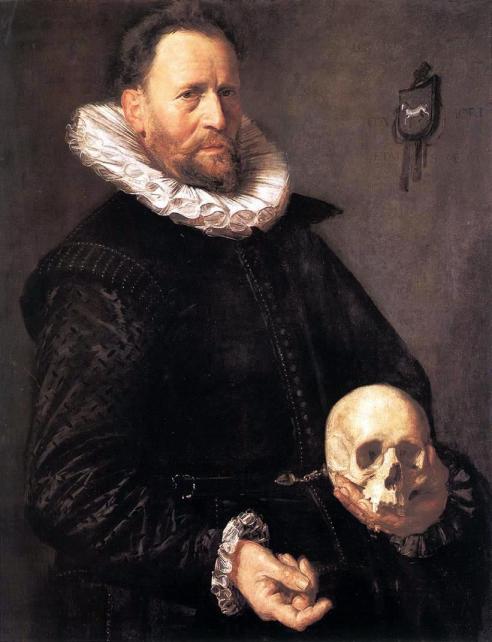 Here’s Hals in a much more serious mood in a Portrait of a Man Holding a Skull.

Curiously the word ‘fun’ itself was not too far back a word of some suspicion. Back in the 1600s fun was a verb that meant something like to cheat or trick or to make a hoax of something. We still use the word in that way when we ‘make fun of someone’ or when we talk about ‘funny money’. And something funny is definitely going on in our contemporary reliance upon Fun as reason for action. Somehow our Fun is indeed a trick, a hoax. The old word is still buried in the new.

Another false step along the way to trying to find the origin of today’s notion of Fun with a capital F is too be found in the Declaration of Independence. You know what I’m talking about… “the Pursuit of Happiness”, which by our lights ends up being something like ‘do your own thing’ and of course ‘just have fun’! A very hedonistic concept. And how dare anyone suggest that someone could be in error for following their bliss?

And yet Thomas Jefferson seems to have borrowed the phrase from English philosopher John Locke who uses the phrase and relates it to ‘our greatest good’ which is certainly not the kind of whatever-turns-you-on mentality that people espouse today. It’s not about getting the most toys, the cheapest drugs or best sex you can find. “The pursuit of happiness” is something much deeper. And certainly NONE of the folks who founded America had the slightest notion of living for sensational Fun.

One of the first permanent amusement parks was the Coney Island complex. (It was never one single entity.) And Coney Island’s history and heyday are to found at an interesting moment in time. There had been resorts and clam bars for years, but by the early 20th Century Coney Island became the place for New Yorkers to get away from the tough business of city life. And it is in that early 20th Century we begin to see a new type of person.

At the turn from the 19th to the 20th Centuries we see a new type of person coming into being.

Look at a photograph from the 19th Century. You know the stoic flinty seemingly dour faces of the early age of photography. Now it has been posited that these people look so stern for various reasons, i.e. shutter speeds were slow, they thought they were posing for something like a painting, even that people had bad teeth. But whatever the reason, it’s quite clear that they lived in a very different world than we do now, ca. 2013. They did not see things through our postmodern fog; they took things seriously, including and especially their photographs. They thought that their images should be worthy of posterity. 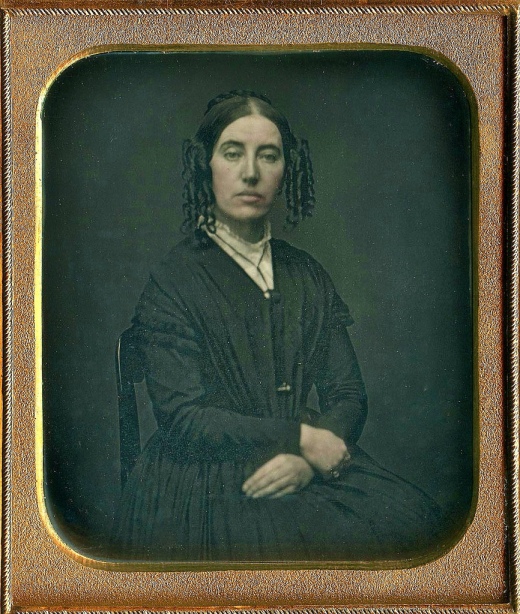 Evidently these people did not live for Fun

(Oh and by the way there are plenty of photographs of smiling Victorians. They certainly did know how to laugh and have little ‘f ‘ fun. The point here is that they did not consider Fun the reason for living.) 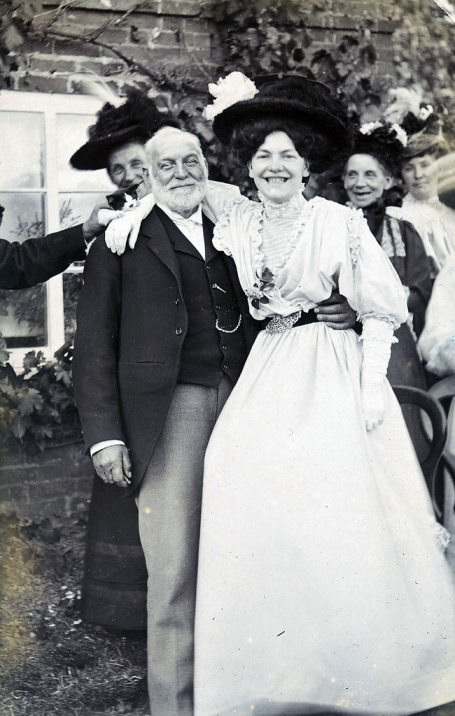 Victorians having fun with a small ‘f’.

Now look at our images. They scream of “Fun”. Smiles all round. Loopy posings. Shamelessly bad acting in “selfies”. Endlessly happy faced goofy grins in self-congratulatory group shots. I have met people who do not possess one serious photo of themselves. All they’ve got to prove their existence to the world are teeth and muggings. And, whatever else can be said about so many of our images, there seems to be a growing taboo about taking yourself and anything else too seriously. Because in the end it’s all about having Fun.

World War I turns out to be the real demarcation, the moment when the concept of Fun with a capital ‘F’ seems to suddenly have exploded into the American consciousness. The Roaring Twenties growls with this new sense of revelry. Flappers, bathtub gin, the automobile as a portable love nest all contributed to the notion. But why should that be the case. Why directly after a major war should this sense of absurd playfulness have broken out?

This entry was posted on September 23, 2013 by The Anadromist. It was filed under Alternative Culture, Anti-Fun, Art, Fun, The Anadrome and was tagged with Art, Fun, History, Roaring Twenties, Victorian photos. 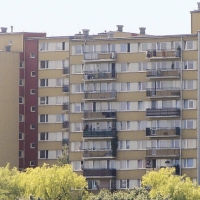 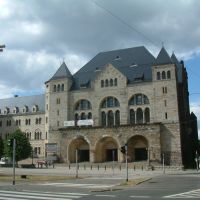